The real world behind James Bond

Documents and photographs released by MI51 have given a fascinating insight into the real-life intrigue which inspired James Bond's creator Ian Fleming - from exploding fountain pens to human torpedoes. So how much truth was there really in Ian Fleming's James Bond? Was it all the over-excited imagination of a writer - or did he let us in on things that really happened? Ian Fleming spent World War II in naval intelligence - and biographers have charted how his experiences inspired him to create many of 007's finest adventures. 5 But today MI5 has declassified secret documents shedding further light on the real history of James Bond. The papers at the National Archives document the secret war to defend Gibraltar. They are a story of brilliant impersonators, femme-fatale agents and exploding fountain pens. What's more, they provide the full story of how an Italian plan for human torpedoes inspired Fleming to write Thunderball, made into one of the earliest Bond films. Battle for the Rock. 10 During WWII, General Franco's Spain was nominally neutral - although hardly a friend of the Allies. And thanks to a personality clash of epic proportions between Franco and Hitler, Gibraltar was surprisingly spared direct assault. But with the Germans, Spanish and Italians all wanting to prise the British from their Mediterranean colony, a secret war of spying, sabotage and smuggling began. Fighting the British corner was the Security Intelligence Department, led by David Scherr. 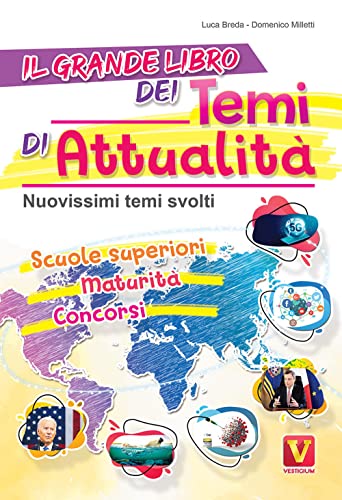 His personal history, 15 declassified after 60 years, provides today's fascinating glimpse into counter-espionage. […] Gibraltar was a hotbed of spies and informers and Scherr's team knew it. […] But while the British generally kept a lid on the Germans and Spanish - foiling 70 attacks in four years - Scherr records the Italians were harder to crack. Elite frogmen.

The Italian secret weapon was the Tenth Flotilla MAS - frogmen who successfully hit 14 merchant vessels in three years. The Italians had created special torpedoes that could be piloted by frogmen to their target, either from the beach or 20 submarines. "The normal method of approach was to travel on the surface until 80 to 100 yards from the target and then to submerge," Scherr records. "Under the hull of the ship the MAS men would then leave their detachable warheads [and incendiary devices] and then escape to the Spanish shore using the torpedo to carry them to safety. " 25 In true James Bond style, the saboteurs would then come ashore on the Spanish beach, strip out of their wetsuits and blend in until they could be picked up from a safehouse. Growing in confidence, the team secretly adapted a 5,000 tonne tanker, the Olterra, which had been partially scuttled on the outbreak of war. 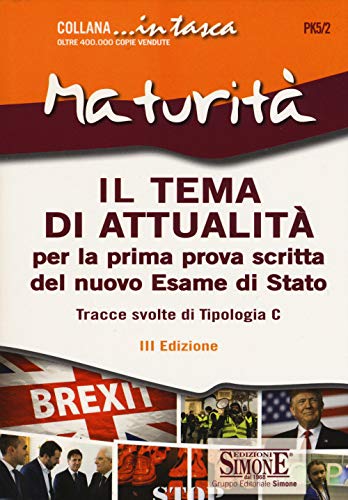 Cutting doors in the ship's bow, the Italians created flood chambers from which the human torpedo missions could be 30 launched. Disco Volante. According to Ian Fleming's biographer, Andrew Lycett, the fledgling writer was so inspired by the idea when it passed over his desk at Naval Intelligence, he used it in Thunderball - the 1965 film of which is best known for Sean Connery's jetpack entrance. The Security Service, more commonly known as MI5, is the UK's security intelligence agency. It is based in Thames House, London. In the film SPECTRE baddie Emilio Largo uses underwater doors and human torpedoes as the means to smuggle stolen 35 nuclear weapons off his naturally luxurious yacht, the Disco Volante. Back in the real world, the British were initially baffled by the attacks, thanks to some cunning disinformation put about by the enemy. But the Italians unfortunately had no idea how good the British double-agent network2 was to become.

One of the key double agents was a woman - one who more resembled Fleming's concept of the Bond girl. Codenamed the Queen of Hearts, David Scherr describes their first encounter: 40 "This was a woman in her 30S whose dress, mannerisms speech and general appearance made her a rather seedy but not unattractive imitation of the seductive female spy of the thrillerette type," he recalls. 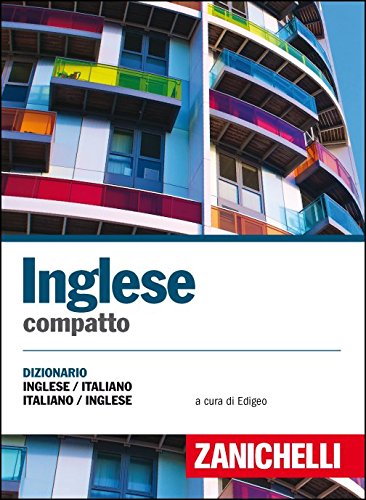 "She sat down, crossed her legs (adjusting her skirt to reveal them to the best advantage), slowly lit a cigarette, inhaled, breathed out the smoke in a furtive fashion, looking down her long aquiline nose at the same time, and then smiled across at her interrogator: 'I am the Queen of Hearts. Who are you?'" Formidable 45 A serendipitous tip from the Queen linked the frogmen to the Spanish authorities and a villa on the mainland. It was only a matter of time before the entire plot would unravel. The grand Italian plan was to hit the Royal Navy hard in the winter of 1942. Three torpedoes, each with two men onboard, would be launched from the Olterra. Lieutenant Lino Visentin would lead the attack against HMS Nelson, a battleship, and aircraft carriers HMS Furious and Formidable. 50 But it was not to be. Two of the torpedoes malfunctioned and had to be hastily repaired. As they again headed for their targets, naval gunners picked them up. Five of the six frogmen died in the hail of fire and depth charges. The survivor escaped by diving the torpedo early - meaning he would not have enough air to complete the mission. Although David Scherr's team would only later discover the Olterra's real role, the operation had essentially failed and the fleet was safe from attack.
Dominic CASCIANI , BBC News Online, 1 March 2005 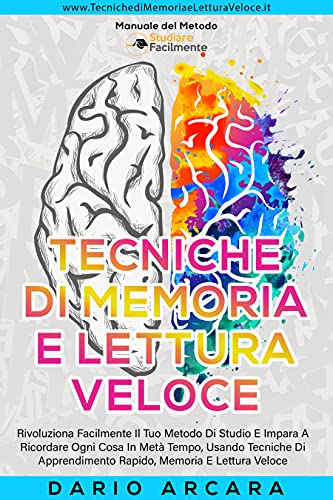 1. Read the introductory lines and say what the passage is about.


2. Where did Ian Fleming spend World War II?
3. According to his biographer, Andrew Lycett, WWII experience was important for Fleming as a writer. Why? (see also lines 31-32)
4. Explain what the “declassified secret documents”, released by M15, are about and why they shed new light on the real history of James Bond (refer to lines 6-9).
5. What does “the Rock” refer to ?
6. Synthesise in your own words the reasons why “Scherr records the Italians were harder to crack” (refer to lines 17-30).
7. What does “the idea” refer to in line 31 and how did it inspire Ian Fleming in his works?
8. Describe “the Queen of Hearts” using your own words (lines 39-41).
9. Say why the journalist states in line 37 “But the Italians unfortunately had no idea how good the British doubleagent network was to become. ” Refer to the “grand Italian plan” and how it failed (lines 47-54).
10. MI5's performance in running a stable of double agents during the Second World War is still regarded as a textbook example of how such operations should be conducted (Nigel West in “Double Cross - MI5 in World War Two”, 2001). 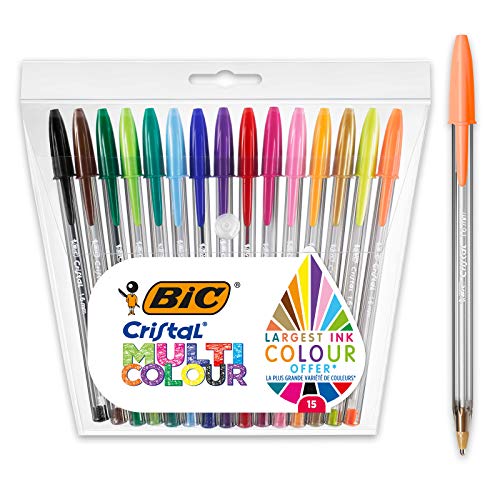 • The poet imagines her grandmother and her great grandmother as they walk down rocky paths in their way back from a hard work day on farms, carrying water in terra cotta jugs on their heads.

• She knows them mostly watching her mother because she never met them, so she can only imagine them through her mother daily actions, such as her strong arms lifting sheets or the way she stepped back wiping her hands on her homemade flour sack apron. She actually knows something about them thanks to her mother' stories about them, and she also has a few pictures of her grandmother standing on the doorway of the fieldstone house in San Mauro, the small village where they lived in.

• This phrase is referred to the fact that her mother hardly worked everyday on the fields but she worked happy and her garden gave her a generous picked.

• The mother is talking about her generosity in sharing her picked with the others, and behaving like that she felt better and enriched her soul so she thought she had more to give.

• Her daughter remembered the poet her mother because of her qualities such as ‘unending energy', ‘quick mind', her ‘hand open and extended to the world'.

• In the last strophe the poet is talking about her mother's funeral, and this explains also the women dressed in black, which usually is the colour of mourning.

• She appreciates them, even if she doesn't know them, and hold them in a high esteem. 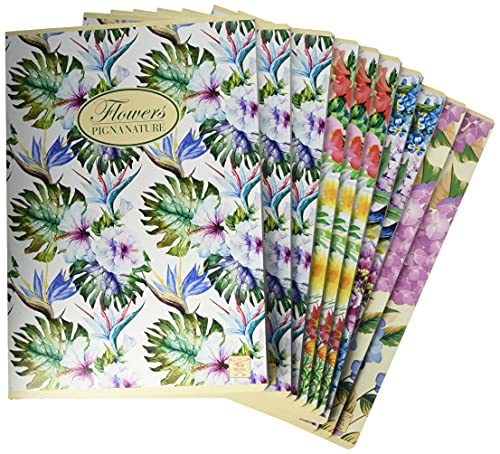 In this poem the author talks about her dreaming of her grandmother and her great grandmother, her Italian ancestors who she never met in life. She can imagine them through her mother' stories and she has a few picture of her grandmother. In any case she can imagine how they were watching her mother behaviour and daily actions. Now she can recognize her mother in her daughter, as they have a very similar kindly disposition. Unfortunately her mother died and she remembers her funeral.

Text in English about life and works of Mary Shelley, author of Frankenstein or the Modern Prometheus. Plot, main themes, narrative style… Continua